The Department of Arab Studies aims to provide general education about the Arab region and to learn practical Arabic Language. 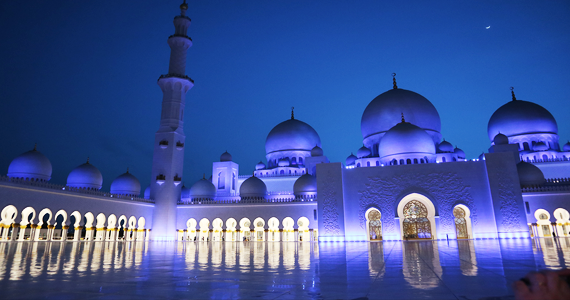 Myongji University established the second ‘Department of Arabic’ in Korea in March 2, 1976. The doctor’s course was established and Arab experts were truly produced in 2003. Currently, there is Department of Arabic or Department of Arab Studies in Five universities (Myongji University, Korean University of foreign Studies, Busan University of foreign Studies, Chosun University and Dankuk University) and because there is the doctor’s course in only Korean University of foreign Studies and Myongji University, the Department of Arabic Studies is a department that has scarcity and competitiveness.
Arabic is used as a national language by about 300 million Arab and is a religious language of 1.6 billion Muslims over the world. It is also an international trade language for the oil resource market, which has a major impact on the world economy, and an international diplomatic language among six official languages of the UN.
The Department of Arabic Studies is a department that masters Arabic used in 22 Arab countries located in the Middle East and the northern Africa and systemically studies culture, politics, economy, history, and religion of Arabs with this. In the meantime, Korea had pulled out foreign policy centered on minor powers in terms of diplomacy and international economy. However, according to the flows of globalization and internationalization, the essential era to understand about each region in the world has dawned. Notably, it is time to need local experts in the Arab world who have infinite potentials than ever. Arabic countries are major nations in energy resources and the largest primary market that can provide us with necessary resources and import our technology or products. Therefore, they are one of the most important global market, having complementary economic structure with Korea.
The Department of Arab Studies develops appropriate qualifications as an Arab expert by educating them in literature, culture, politics, economy, history, and religion to understand Arab as well as language ability. For substantive understating of Arab, it makes the effect of empirical education high through diplomats’ personal special lecture by Arab embassies’ cooperation in Korea.
The Department of Arabic Studies is reinforcing Arabic conversational education through an Arabic professor and video education media and focusing on developing language abilities by supporting Arabic conversation clubs. During vacation, students go abroad for short-term language training with university’s support fund in Arab countries. Through this, they acquire their field senses as well as language and develop field applicable ability.
Until now, about 540 graduates are showing all their abilities in diplomacy, press, broadcasting, interpretation and many companies. In addition, they can enter a graduate school of interpretation and translation or graduate school. They also are actively working as Arabic local experts in the field of academy and industry by studying in Arab countries and obtaining a degree.

The Department of Arab Studies aims to provide general education about the Arab region and practical Arabic Language learning. In order to achieve this goal, the Department is sending exchange students to the Arab countries and is planning and encouraging local short-term training in the Arab countries during vacations to learn Arabic culture as well as learn Arabic culture and traditions. Through this, students can acquire their field senses as well as language and develop field applicable ability. In order to facilitate the learning of this field, the department has established sister relationships with leading universities in the Arab countries and continue to exchange them. The detailed educational objectives of the Arabic Studies Department to achieve the ideals, educational objectives and educational goals of our university, and to foster the talented who can become the forces of national advancement in the age of infinite competition are as follows.